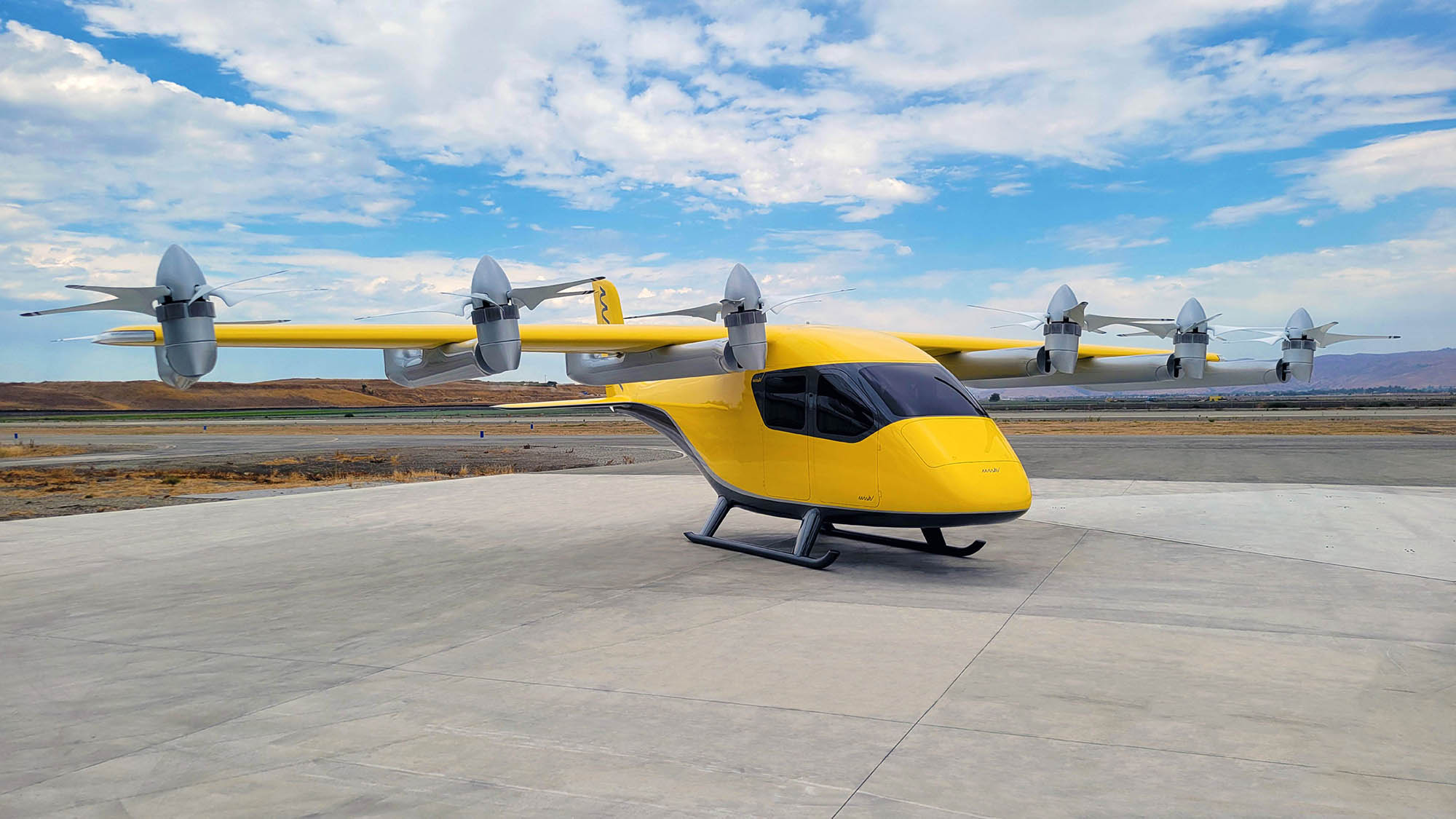 Wisk Aero has unveiled its 6th-generation semi-autonomous air taxi, calling it the “first-ever candidate for type certification by the FAA of an autonomous eVTOL.” The design looks like a substantially updated version of the “Cora” air taxi we first saw fly and hover in New Zealand back in 2018. However, the company didn’t show any flight or detail the certification progress.

According to Wisk, the four-seat aircraft can cruise between 110 and 120 knots (138 MPH) at a height of 2,500 to 4,000 feet above ground level. It’s a VTOL (vertical takeoff and landing) aircraft with a 12-propeller design, featuring tilting propulsion units in front and fixed units aft for lift. It offers up to 90 miles of range and has improved control and efficient energy management over previous versions, according to the press release.

The promotional video (above) shows passengers buckling in with shoulder harness-style seatbelts and going through a safety procedure demonstration using touchscreens. Wisk says there are “fewer moving parts, no hydraulics, no oil and no fuel,” promising a safer flying experience. It also notes that it’s “designed to exceed today’s rigorous aviation safety standards of a one-in-a-billion chance of an accident.”

The company emphasized the autonomous technology, saying they believe that it’s the “key” to air mobility. To that end, they aim to have improved sensors to detect and avoid obstacles, along with “multi-vehicle supervisors that provide human oversight of every flight,” and can take control if needed.

Wick said the new vehicle is a candidate for FAA certification that would allow it to fly passengers in the US. However, getting that coveted piece of paper is an arduous chore even for established airplane manufactures like Boeing using standard aircraft designs — let alone a new company with a brand new type of aircraft that’s never flown passengers before.

Aviation company Kittyhawk founded by Google co-founder Larry Page recently announced that it was shutting down, a strong indication of the challenges in this sector. Wick essentially sprang from that company, after Kittyhawk partnered with Boeing on the 5th-generation Cora aircraft.

Wick isn’t the only company determined to see this air taxi thing through. Joby received FAA authorization for its air taxi services earlier this year, allowing it to operate commercially. However, that only allows it start testing its services — it still needs FAA certification for its prototype aircraft before it can actually transport people.